Where in the Ancient World advent calendar with the Muddy Archaeologist.

Saturday 8th December: Today’s challenge – where is this ancient site?
If you know the date, all the better! 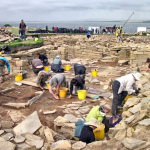 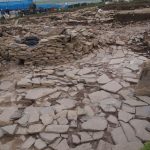 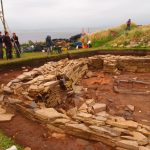 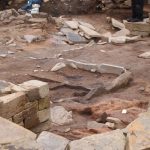 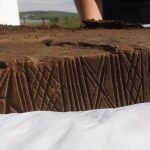 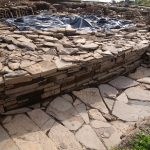 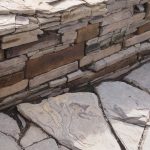 Yesterday’s destination was Ephesus. There is so much at Ephesus that I hardly knew what to offer you as clues.

Although the city was settled in prehistory, as far back as
the 6,000s BC, it was famous in antiquity for the Temple of Artemis that stood on the top of the hill. Yet this sanctuary had begun as early as the 1,000s BC or before, then dedicated to an Anatolian mother goddess. The Greeks’ temple, built in c.550 BC and one of the seven wonders of the ancient world, has long gone.

Now we visit Roman Ephesus, used as a local capital since c.130 BC; its theatre is dramatic and famous; this is where St.Paul sparked a riot (just stand in that theatre and imagine the whole audience of 25,000 people baying for your blood …). But the library of Celsus is well-known, with its colonnaded facade, and the main street is a thrill to walk down, past an odeon, baths, latrines, temples, fountains and on to the agora and the great theatre and the road to the (now silted up) harbour.

The terraced houses are a highlight of a tour; this is Roman extravagance on a personal level – mosaics, frescoes (painted over old ones – a sign of changing fashions, tastes and a redecorating mentality) and columns reek of disposable incomes.

Please note that this website is under development. If you don’t find what you are looking for, it’s probably on its way- check back soon!